This July & August has been too much fun. The full band performed at Kaslo Jazz Festival in Kaslo, BC and then Rob and I headed to Haida Gwaii to teach our first ever week-long songwriting workshop at Old Massett Youth Centre and perform a set with Travis Herbert on percussion, of Mob Bounce, at Edge of the World Music Festival.

Thanks & much love to all the festival organizers, hosts, family, friends and  youth workers and Youth Centre Coordinator Harmony Williams at Old Massett Youth Centre. Also, a very big thank you to First People’s Cultural Council for making our songwriting workshop possible.

Earlier on in July we also performed in Rob and my hometown at Music in the Park in Port Coquitlam.

We’ll see you in the fall & update you on the latest (i.e. songwriting and demoing for our next recording + upcoming shows)!

Below is a pic of us performing at Edge of the World Music Festival with Travis. Photo by: Tina Thomson. 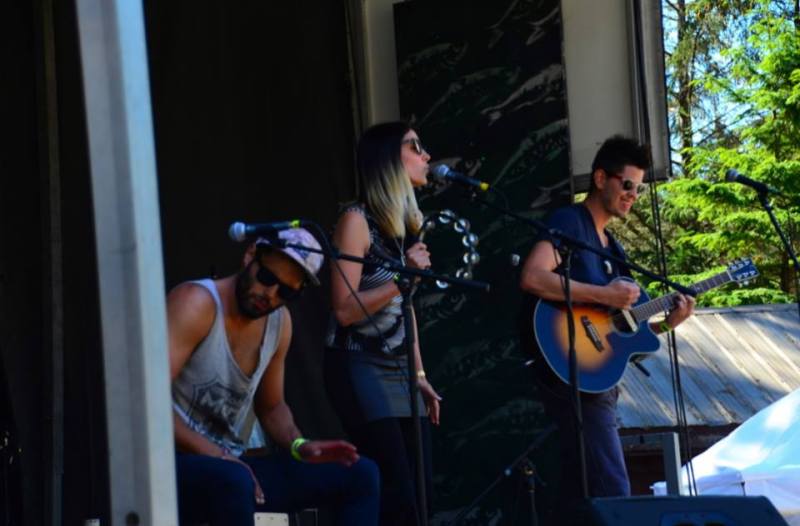